The City Council is very active in the Snohomish County Cities Association, meeting about 10 times per year with other elected city officials and establishing a legislative agenda for issues of countywide concern.

The City Council has proactive communication with the State Legislature through individual and joint meetings with the elected officials of the 1st and 32nd Legislative Districts. In addition, the Council meets with state representatives each winter at City Action Days in Olympia and they receive training and updates on new legislation and important issues at the Association of Washington Cities Conference each summer.

The City Council also maintains a strong partnership with its federal representatives of the 2nd Congressional District and traditionally, the City Council sends at least two Councilmembers to Washington, D.C. each year to meet with our United States Senators and key officials. Over the past few years, the city has received well over $21 million in local, state and federal funding for improvements including additional park land, new playground equipment, new sidewalks, and street and infrastructure improvements, to name a few.

The City of Mountlake Terrace is located in the and 1st and 32nd Legislative Districts.  Visit the Washington State Legislature website to find out which district you live in.

Mountlake Terrace is in the 2nd Congressional District represented by U.S. Representative Rick Larsen and by U.S. Senators Maria Cantwell and Patty Murray. 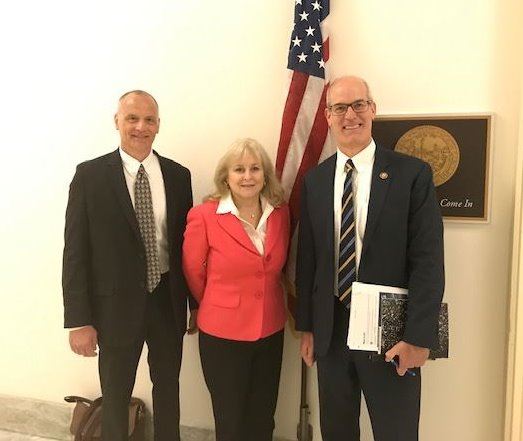 The Snohomish County Council  is comprised of five members. Councilmember Terry Ryan currently serves as Chair of the County Council and represents Mountlake Terrace in District 4.