The cities of Edmonds, Lynnwood and Mountlake Terrace are working together to improve access to health and wellness choices within their communities, by making bicycling safer, and increasing connectivity by completing 11 critical missing links of the regional bicycle network. This collaboration, called Bike2Health, is funded by a grant from the Verdant Health Commission.

The community events and education portion of the Bike2Health program has many opportunities for learning about cycling in 2018.

The City of Mountlake Terrace has also completed the installation of wayfinding and route signage throughout the Bike2Health network within the city. This will be key in helping commuter and recreational cyclists alike find their way to the city’s Town Center, Transit Center, Library, Recreation Pavilion, and the Interurban Trail, among other destinations.

To help encourage new cyclists to use the network, Bike2Health will also install bicycle wayfinding signs along the major bicycle routes to guide users to key destinations within Edmonds, Lynnwood, and Mountlake Terrace. In addition, new wayfinding and route signage will be installed along the Interurban Trail to help users navigate through missing segments and find the best routes from the trail to major destinations.

Through the grant the City of Mountlake Terrace has purchased several new bike racks and will be installing them around the city at parks, facilities and points of interest. Installation of all new bike racks will be completed in the first quarter of 2020. 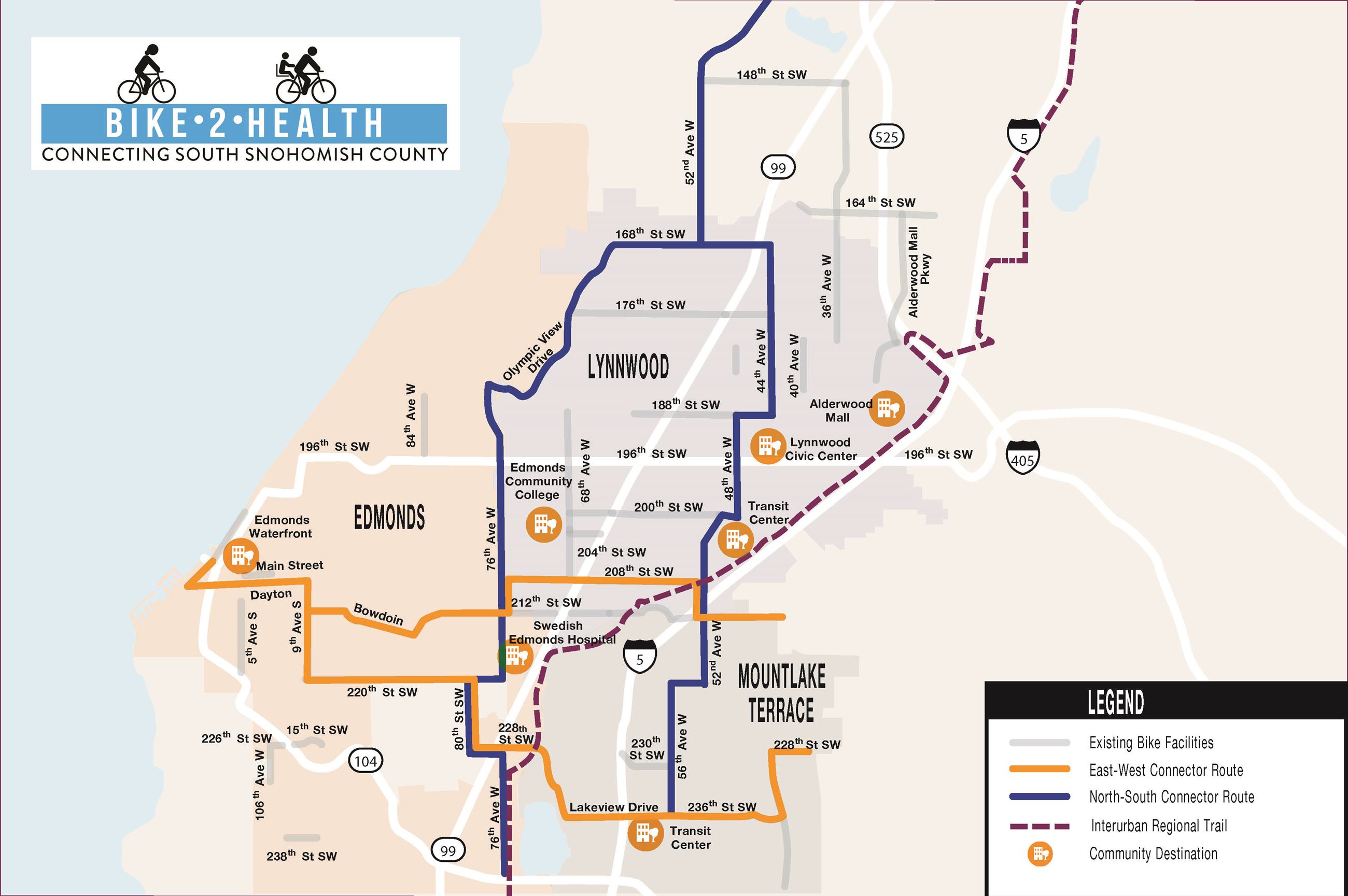